info@southernexplorations.com
back to previous page
08/13/2019 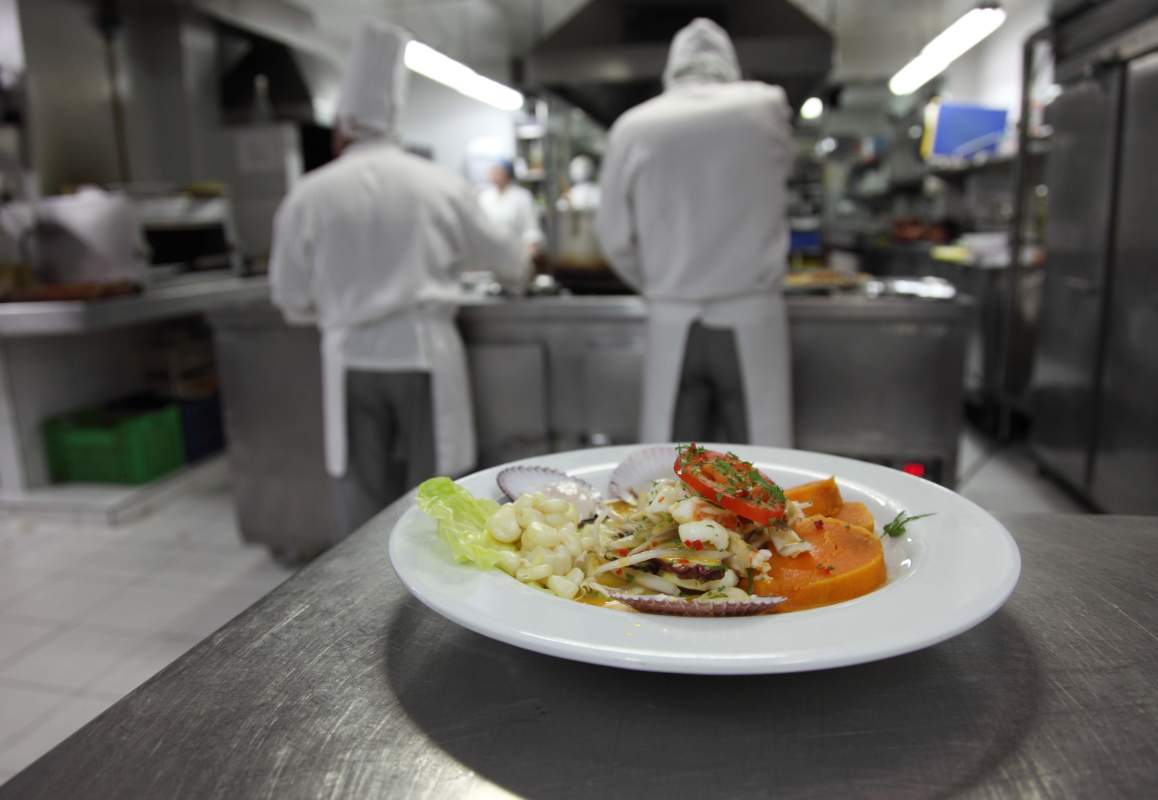 If you’re interested in a trip to Peru, there’s a lot more to recommend about the country than Machu Picchu. The food scene alone will make your mouth water and may cause you to book your ticket.

Quinoa, corn in any form, potatoes and rice are all dietary staples in this South American country, rich with culture and history. If you eat meat, there are a lot of options available, including the standard chicken, pork and beef, but also alpaca and guinea pig. Seafood is prevalent, too, especially in ceviche, which has many variations based on the region and the kitchen.

Check out these other delicious Peruvian foods to try on your trip.

Choclo
Choclo is the Peruvian term for large-kernelled corn that you can find sold on the street. It’s usually served with the local cheese. By itself, it’s fairly mild tasting.

Choclo con Cremas
Try the large, crunchy corn kernels served with three creamy sauces. The sauces are usually green (ocopta), a spicy red sauce made of rocoto, a popular chili, and a yellow sauce made of a milder yellow chili.

Papa de Huancaína
This Peruvian appetizer is comprised of boiled yellow potatoes in a spicy, creamy sauce called Huancaína sauce. Although the dish's name is derived from Huancayo, a city in the Peruvian highlands, the dish actually originated in Lima and has become a staple throughout the country. Papa de Huancaína is served as an everyday addition to a meal as well as at holiday celebrations.

Ají de Gallina
This rich, hearty chicken stew is typically more readily available during Peru’s colder months (roughly May to October). The chicken is stewed with yellow chilis, onions, garlic, bread and spices that vary from family to family. It may be slightly spicy, and is similar to a yellow Thai curry.

Anticucho
Similar to a shish kebab, anticucho is skewered meat, ranging from more well-known cuts to specialty options like cow’s heart, drizzled with lemon or lime juice. It’s often accompanied by onions and potatoes. You can find it as street food, roasted over charcoal grills, or in restaurants.

Arroz con Pato
The star of this dish is the duck, cooked with beer and spices, including a lot of cilantro. The duck cuts usually include a mix of crispy-skin breast, leg and thigh. It’s served family style with rice.

Ceviche
The word ceviche comes from the Quechua word for fresh fish, which is fitting, because fresh fish or seafood is the main ingredient in this dish. There are tons of variations, depending on the cook and the region. Generally, ceviche is served cold with fresh fish or shrimp marinated in lime juice and accompanied by corn and sweet potato.

Causas
Causas are mashed potatoes with lime and salt and with a number of topping options, including pulled chicken, shrimp, tuna or crab and eggs, avocado and chili. Typically, causa is served cold, with the ingredients in layers.

Cuy
Cuy – known to English speakers as guinea pig – is one of the national dishes of Peru. This traditional food source is usually spit-roasted whole and served with a sauce made of herbs, plus roasted potatoes and other vegetables. The meat tends to be dark and juicy. Cuy al horno is another version, where the guinea pig is stuffed with herbs, baked and served whole; cuy with peanut sauce is also popular in the highlands. Although cuy is typically eaten by Peruvians on special occasions, it can be found in many restaurants.

Lomo Saltado
Originally made popular by Chinese immigrants, lomo saltado is similar to stir fry, made with either beef or alpaca meat, peppers, tomato, onion and soy sauce. It’s often served with rice and French fries. In Lima, you can also find vegetarian versions of this popular Peruvian dish, with tofu or mushrooms as a substitute for meat.

Palta a la Reina
“The Queen’s Avocado” is a delectable dish of avocado stuffed with chicken, potatoes and cheese.

Pollo a la Brasa
This roasted chicken dish is made by marinating the meat in soy sauce, red peppers, garlic and cumin. It’s typically served with French fries and spicy dipping sauces.

Rocoto relleno
The rocoto is a spicy red pepper that looks similar to a bell pepper. For this dish, it’s breaded and stuffed with meat and vegetables, then baked. It’s often served with pastel de papas (potato cake). Although rocoto is a spicy chili, the way it’s cooked for rocoto relleno takes out a lot of the heat.

Tiraditos
A Peruvian version of sushi, tiraditos are thin cuts of raw fish and seafood, topped with lime, lemon or orange juice, salt, and sometimes chili.

Trucha frita
Got a hankering for some fish that’s not in ceviche? Try this version: it’s a breaded, deep-fried trout, served whole.

Alfajores
There are many variations of these South American cookies, but they’re basically two thin cookie wafers with dulce de leche (caramel) in the center, covered in powdered sugar or coconut flakes.

Picarones
This Peruvian dessert originated in Lima during the viceroyalty. It is somewhat similar to buñuelos, a type of doughnut brought to the colonies by Spanish conquistadors. It’s donut-shaped, made primarily of squash and sweet potato and slathered in chancaca, a syrup made from unrefined sugar that often includes orange zest and cinnamon.

Suspiro a la Limeña
The “Sweet Sigh of Lima” may actually make you sigh with contentment when you eat it! This Peruvian dessert originated in the middle of the nineteenth century in Lima. It’s very sweet and light, made of manjar blanco (also called dulce de leche, similar to caramel) and a meringue made of egg whites.

Chicha
Chicha is a non-alcoholic drink made from corn and seasoned with cinnamon, lemon and sugar. Chicha morada is made with purple corn and is made that much better with a bit of lime squeezed in. You can also try Chicha de Quinua, made with quinoa instead of corn.

Pisco Sour
Made with Pisco, a Peruvian brandy made from grapes, this alcoholic drink includes beaten egg white, simple syrup, lemon juice and Angostura bitters.
Chilcano
Another alcoholic drink to try is the Chilcano, made with pisco, ginger ale, ice and lime. It’s a very refreshing cocktail. Had too many? Try the fish soup that’s also called Chilcano. Peruvians eat it the morning after drinking as a hangover cure.

Coca Tea
Although it’s derived from the same plant that cocaine is made from, the coca leaf has been used for millennia to help Peruvians counteract the effects of the high altitude where they live. The flavor has been described as a mix of mint, spinach and green tea. It is a stimulant, so try not to drink it before you try to go to sleep. It’s sold at most restaurants in towns above 7,000 feet and available in the lobby of most hotels in Cusco.

Te Macho or Te Piteado
If you’re looking for a warm cocktail, try this hot tea with lime, pisco and sugar.