Plan the trip of a lifetime to Panama with our well-traveled team of experts. Work closely with your Southern Explorations' travel specialist to build a first class tailor-made tour over the dates of your choice. Panama has grown into one of Latin America’s most underrated destinations. Savvy travelers visit to escape the crowds, capitalizing on the miles of empty beaches and the pristine rainforests bristling with wildlife populations. Whether you are searching for Adventure, Family or Luxury travel, Panama has what you are looking for!

Overshadowed by Central America’s most popular travel destination: Costa Rica, exquisite Panama is today what its neighbor to the north was twenty years ago. Miles of deserted beaches, preserved rainforests teeming with tropical wildlife and a blissful place to unwind without the crowds.
EXTREME DERRING-DO
What people think of first when they envision Panama is of course the canal. Perhaps the most ambitious and punishing engineering feat undertaken by modern man, the Panama Canal sits on the edge of the country’s only major metropolis, cosmopolitan Panama City, and extends north fifty miles to Colon. Due to three sets of locks and plenty of demand, by ship it can take as long as ten hours to pass through the canal from the Pacific to the Caribbean, though only 15 minutes by air. This waterway changed the course of history and its fascinating chronicle of ambition and sacrifice are a must-see on all Panama tours. As happens with all highways, the capacity of the Panama Canal is no longer sufficient to serve all the traffic. A second Panama Canal project is currently underway that will double the number of ships it can handle and accommodate today’s much larger vessels than those that passed through the canal a century ago.
TROPICAL PARADISE DEFINED
From the canal, spreading out in every direction to the country’s borders is paradise. This tiny isthmus dazzles visitors with its pristine beaches, cloud forests, tropical rainforests, 500 rivers and huge biodiversity, including 900 bird species. It is surrounded by 1,000 islands on the Pacific side and 600 islands off its Caribbean coast. Panama is a popular place. From 20,000 to 30,000 turtles come to nest in Panama each year, four of the world’s seven remaining species of marine turtles. Several species of whales spend part of the year on the Pacific or Caribbean coasts. All four New World monkey species inhabit Panama’s rainforests, and so many frogs. The flashiest perhaps is the red and blue strawberry dart frog but Panama is a place where you’ll see yellow, orange, blue, green and speckled ones too. You know when countries name beaches and hotels after wildlife species, it’s a bio-diverse place.
INDIGENOUS PANAMA
10% of Panama’s population is indigenous. Eight different indigenous tribes live here, three of which, the Kuna, Embera and Wounaan arrived originally from Colombia and today live in Panama's far eastern regions though some Embera have moved to live along the Chagres River near Panama City. The Ngobe, Bugle, Naso (or Teribe), Bribri and Bokata were westerly tribes and now live towards the border with Costa Rica. Some tribes sell high-quality craft products in domestic markets and abroad, and some work with environmental organizations to develop eco-tourism projects. Many of the indigenous people live in designated “comarcas” and continue to retain a traditional lifestyle. A comarca has not yet been established for all of the country’s tribes.
PACIFIC CORAL
Divers compare Panama’s largest national park, Coiba, to the Galapagos, an area with a large coral reef and big marine species. Coral is found in many parts of the world but only forms in reefs within a narrow sixty degree band, north and south of the equator. Panama is one of the few places where reefs grow along the Pacific coast comprised of some eighty different species.
The many natural attractions and a choice of all-inclusive resorts make Panama an unforgettable vacation destination for honeymooners to families.
View our Panama trip and tour options below:
Panama Adventure Tour
8 Days $3,895
Panama City , Isla Bastimento, Bocas Del Toro, Boquete, Panama Canal 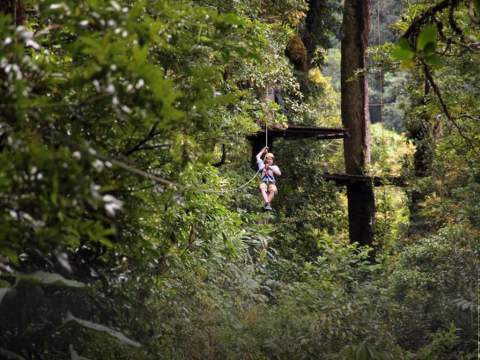 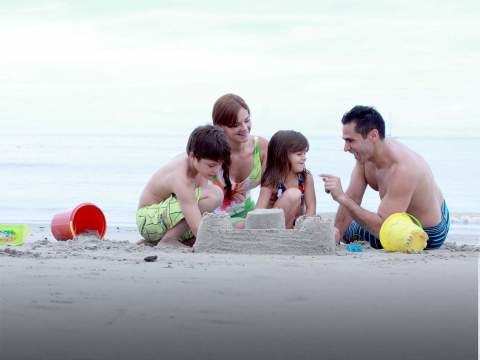 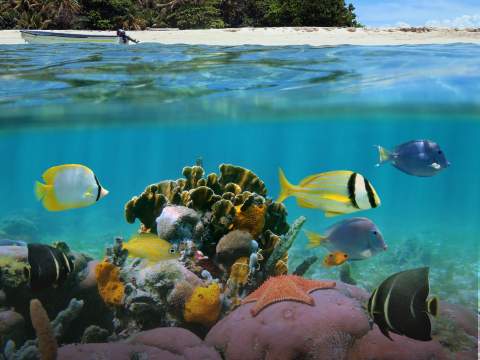 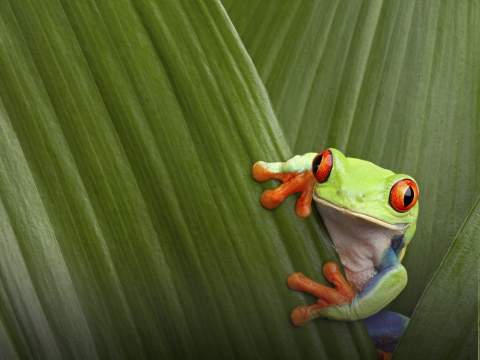 Snorkeling in the San Blas Islands
This idyllic region on the far eastern end of the isthmus is controlled by the Kuna Indians. The... 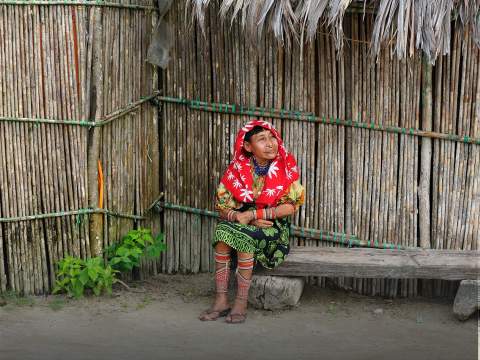 The Kuna People of Panama
Most of the Kuna's 62,000 people are dispersed among three "comarcas" or reservations...