Plan the trip of a lifetime to Uruguay with our well-traveled team of experts. Work closely with your Southern Explorations' travel specialist to build a first class tailor-made tour over the dates of your choice. Underexplored and underappreciated, Uruguay receives as few international visitors per year as Antarctica. From its sleepy beach towns to the charismatic capital of Montevideo, Uruguay is ideal for travelers who want the best of Latin America, without the crowds.

Set between the tourist magnets of Argentina and Brazil, tiny Uruguay attracts as few international visitors a year as Antarctica. Most come seeking the laid-back Bohemian vibe, surf, nightlife and glitzy beach resorts of the Uruguayan Riviera. Here is why that’s bound to change.
BEYOND THE RIVIERA
Uruguay’s coast contains sleepy beach towns made for relaxation plus exotic forests and shifting dunes for active travelers to hike. Over 400 bird species have been identified here, and southern right whales swim so close to shore, one can whale-watch from the beach. In Uruguay’s 54,000 square miles of grasslands, some historic estancias accommodate overnight visitors, giving guests the opportunity to ride the pampas with the gauchos and participate in a round-up.
DELECTABLE MONTEVIDEO
Safe and scenic, Uruguay’s capital has a mild coastal climate, a mix of colonial and Art Deco architecture, eclectic neighborhoods to explore, a population of just 1.4 million and no air pollution. The foodie media raves about Uruguayan cuisine. The steaks are just as succulent as Argentina’s and the European culinary influences as strong. Uruguay wine and cheese tours explore the regions between the coast and the interior, starting at the edge of the capital.
YUMMY URUGUAY
Uruguay’s cheese making traditions date back centuries to when waves of European immigrants chose to make their new home in South America, bringing with them culinary and viticultural traditions. Visitors can expect to sample several artisanal varieties, including blue cheese, goat cheeses and sheep cheeses as well as try a tasty appetizer of grilled provolone. America has its burgers and Uruguay has the chivito, a Uruguayan version of the steak sandwich and a must-have experience during travel to Uruguay. Though the chivito comes in many variations, it starts with a freshly baked bun, a garlicky mayonnaise, melted mozzarella and a pile of one or more thinly sliced meats plus lettuce and sliced tomatoes.
Uruguay is also known for its honey grown among the grasses on the pampas. Apiculture, the gathering of honey from bees, is perfectly suited to the country’s geography, 85% of which is rural. Honey is big business in Uruguay and delicious.
THE BEST OF ALL WORLDS
Tango is as firmly rooted in Uruguayan culture as in Argentina. Likewise, some music and dance traditions resemble those of Brazil, making Uruguay a memorable place to celebrate Carnival. Whether you want to make a day trip from Buenos Aires to quaint Colonia, join the glitterati on the coast or enjoy an adventure vacation absent the crowds, you’ll love travel to Uruguay.
ON THE RIVIERA
Just because Uruguay has a lot more to offer than just its Riviera doesn’t mean that first-time visitors shouldn’t see if it is to their liking. Punta del Este attracts the rich and famous from all over South America and lots of Buenos Aires residents for the weekend. On the way, you may wish to stop in the quirky hamlet of Piriapolis, the vision of Francisco Piria, a turn-of-the-century real estate developer from Montevideo who decided to build a resort town. He purchased 7,000 acres including seven miles of white sand beach and chose for its signature architecture, Art Nouveau. He planted almost 500 acres of grape vines imported from Europe, laid a few miles of tracks for a narrow gauge railroad north and a pier that could accept passengers by ship from Buenos Aires. Piria died before seeing his entire dream realized. Though not what he intended, today Piriapolis is a casual beach town with a hopping nightlife that absorbs Punta del Este’s spillover.
View our Uruguay trip and tour options below:
Uruguay Highlights
8 Days $3,295
Colonia, Montevideo Wine Country, Hike to Cabo Polonia, Punte Este, Guardia del Monte 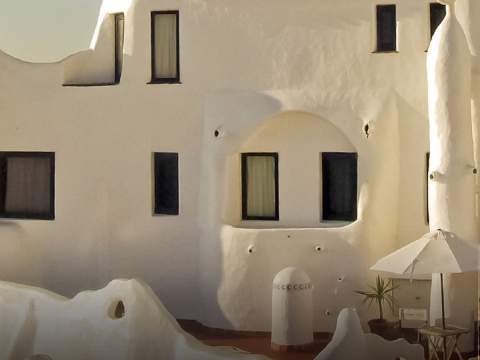 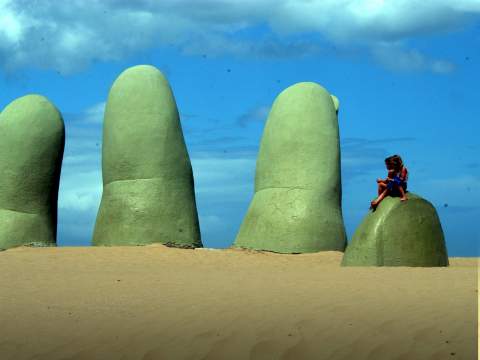 Punta del Este
Of all the beach destinations that stretch along the coastline between Uruguay’s capital,...

The Cuisine of Uruguay
Dinner, usually served late, is definitely worth the wait. Restaurants specializing in grilled...

Be Here Now, Go South Later
The Best Souvenir You Can Bring Back from South America
Montevideo vs. Buenos Aires
Want To See Penguins?
Protecting Penguins Is Our Priority
One of Our Most Under-appreciated Destinations: Uruguay
Seeking Sunshine: Plan Your Winter Escape to South America Today!
How To Stay Warm This Winter - Hint: Panama, Costa Rica & Uruguay are Calling!
Southern Explorations Celebrates 10th Anniversary
Wines of Uruguay
Read All

“Southern Explorations just simply ROCKS. Every so often, I see a far away look in Linda’s eye (she really has two) and a small curl of her lips in to a pleased smile, and I know she is still celebrating her trip. I can’t brag enough on you.”
Jim Merriss
Nemo II Galapagos Cruise & Experience Machu Picchu
See what other people are saying