info@southernexplorations.com
back to previous page
09/23/2019 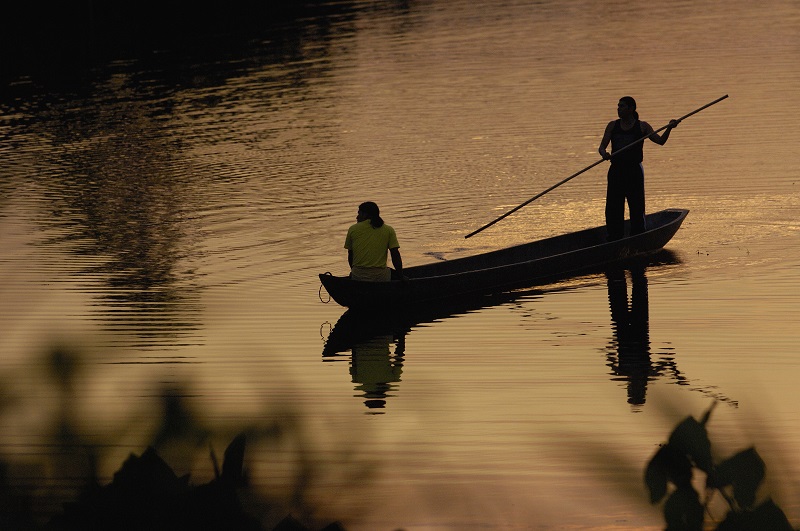 The Amazon rainforest and river has long been a fascinating, mysterious destination for travelers, scientists and dreamers alike. Spanning more than 2.1 million acres and spilling over the borders of several South American countries, it is the largest tropical rainforest in the world.

These books and movies about the Amazon will help you learn more about the unique beauty of the jungle and its people. When you're ready to visit yourself, take a look at our Amazon Tour options and give us a call at 1-877-784-5400.

Non-Fiction Books About the Amazon

Tales of the Shaman’s Apprentice – An Ethnobotanist Searches for New Medicines in the Amazon Rainforest – Mark J. Plotkin
This book is the true account of an ethnobotanist’s nine trips to the Amazon to study the traditions and healing plants of Amazonian shamans and healers. Plotkin shares not just his adventures in the jungle, but also the very real threats to the Amazon that may mean the loss of plants and knowledge that scientists hope could lead to treatments for threatening diseases and ailments.

The Yage Letters Redux – William Burroughs, Allen Ginsberg, Oliver Harris
This book is comprised of the actual letters famed author William Burroughs wrote to Allen Ginsberg during his 1953 quest to the Amazon to find yage, a mythical hallucinogen. In this latest edition, edited by Oliver Harris, Harris has gone back through the original manuscript and untangled the storyline, plus added in some never-before-published pieces from both Burroughs and Ginsberg.

Fiction Books About the Amazon

Amazonia – James Rollins
A U.S. medical scientific team of 30 men is lost and presumed dead in the Amazon jungle. Four years later, one of their members stumbles out of the jungle with his previously amputated arm grown back, but he dies within hours with no explanation about where he’s been or what happened to the team. Now, there’s a mysterious plague tied to the man that threatens the world’s population. A new team is tasked with going back into the jungle to discover the cause and find a cure.

State of Wonder – Ann Patchett
This novel is about a pharmacologist who goes to the Brazilian Amazon to try and get more information about the research started by her former teacher and investigate the reported death of her coworker. Both were trying to create a drug that prevents menopause by studying an Amazonian tribe whose women can bear children until the end of their lives.

City of the Beasts – Isabel Allende
This young adult novel by the famous Chilean author of House of the Spirits tells the story of a 15-year-old boy who goes with his grandmother, a magazine reporter, to the Amazon jungle on assignment. Together with the daughter of their guide, they discover a conspiracy and learn the secrets of an ancient Amazonian tribe.

Journey to the River Sea – Eva Ibbotson
This novel tells the story of Maia, a 13-year-old orphaned in 1910, who is sent from England to Manaus, up the Amazon River, to live with distant relatives. She is accompanied by a mysterious governess with her own reasons for undertaking the journey. Neither are prepared for the amazing, joyous adventure they find.

At Play in the Fields of the Lord – Peter Matthiessen
This is the story of a missionary couple sent to the Amazon jungle to convert an indigenous tribe and their run ins with an American mercenary hired by a developer to drive the tribe off their lands. This book was turned into a movie in 1991 with a star-studded cast, including Aiden Quinn, Kathy Bates, Daryl Hannah, John Lithgow and Tom Berenger. Unfortunately, the movie is hard to find in digital or DVD format.

The Lost City of Z – David Grann
This nonfiction book tells the story of a real-life explorer, Perry Fawcett, who disappeared in the Amazon with his son while seeking a lost city. The author tells his own story of trying to find out what happened to the missing man and includes tales of the many other people who also went looking for the lost explorer. This 2009 book about the Amazon was turned into a movie in 2016.

Movies About the Amazon

Amazonia (2013)
This family-friendly movie follows a capuchin monkey raised in captivity who gets stranded in the Amazon rainforest after an accident. It follows his adventures as he relearns how to survive in the wild, verdant jungle.

Embrace of the Serpent (2015)
This internationally lauded movie tells the story of two journeys taken by Karamakate, a shaman in the Colombian Amazon. Both are seeking the rare plant yakruna. In the first, the shaman leads a German ethnographer; in the second journey 30 years later, he leads an American botanist. Inspired by the travel diaries of real men, the movie has won dozens of awards, including a nomination for Best Foreign Language Film.

Green River, The Time of the Yakurunas (2017)
This highly visual documentary follows three tribes of Yakaruna people in Peru, whose livelihoods depend on the Amazon River and the jungle that surrounds it. Rather than narrate the film with facts about these ancient tribes, the documentary captures the day-to-day lives of the inhabitants of these villagers with a soundtrack of the Ayahuasca chants they use for meditation and healing.

When Two Worlds Collide (2016)
This award-winning documentary gives perspective to the 2009 riot that ensued after Peruvian president Alan García ordered the Peruvian police and military to forcibly remove protestors blocking the road that led to the Bagua region, rich in natural resources that García had made available for sale to national and international investors. 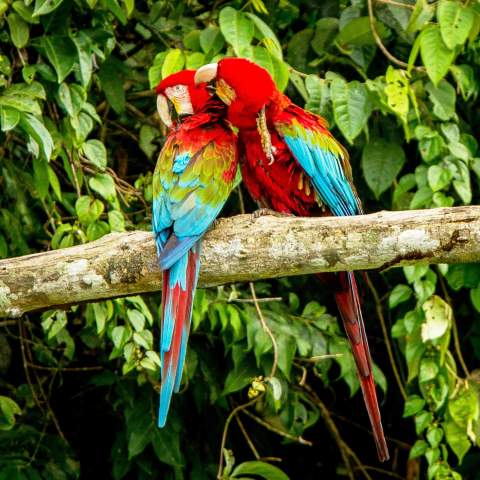