info@southernexplorations.com
back to previous page
08/23/2015

The Awe of It All

Antarctica is home to the world’s grandest icebergs. Soaring high above the sea in all shapes and sizes, silhouetted by a rising or setting sun, drifting by or showing off many shades of blue. The continent’s landscape of snow-covered ice defies the imagination and remain in one’s memories forever, with or without a camera.

A Place Without A Human Imprint

Clear skies, pristine waters, a land where wildlife need not fear man, all these elements add up to a vacation like no other. An international treaty signed by 52 countries prevents nations from fighting over Antarctica’s sovereignty or exploiting its resources. Only scientists stay here while conducting research, mostly on the periphery. Visitors remain off-shore except for day tours and short, overnight camping excursions.

The Penguins of Course

In Antarctica, you’ll see more penguins and more different kinds of penguins than anywhere else on Earth. You’ll recognize some species, such as those stalwart, 4-ft tall Emperors, the beloved stars of the French documentary, The March of the Penguins. Some you may never have heard of, the Adelies, Gentoos and Macaronis, for instance.

The former hunting grounds of the whaling industry in earlier centuries have today become a whale watchers’ paradise. Whales alongside the boat look a lot bigger than off in the distance. Here you may encounter a variety of both baleen and toothed whale species. Blues, Fins, Seis, Humpbacks, Southern Rights, Minkes, Orcas and Sperm whales all spend part of the year in these waters.

The Best Stargazing on Earth

With its backdrop of silence, Antarctica’s still, clear air makes stargazing in Antarctica like nowhere else. Air turbulence interferes with light beams, making stars appear to jiggle when viewed through a telescope, but not here. The star-filled sky including the Southern Cross constellation may be seen in utmost clarity, unclouded by car exhaust or street lights. If you happen to travel to Antarctica when solar winds produce the multi-hued Aurora Australis, most likely in (September and April), it makes a breathtaking experience all the more so.

Ernest Shackleton’s brave 22-mile traverse of South Georgia Island to get help for his stranded crew in 1916 has become a popular multi-day trek for modern travelers on extended Antarctica cruises. South Georgia Island is located about 3,000 miles northeast of the continent. Longer itineraries stop here as well as at the famed Falkland Islands, where in 1982 the British went to war with Argentina to hold on to its far-away protectorate that lies less than a thousand miles off Argentina’s coast and almost 8,000 miles from Britain’s. Depending on weather, the Shackleton hiking excursion usually takes three to four days. 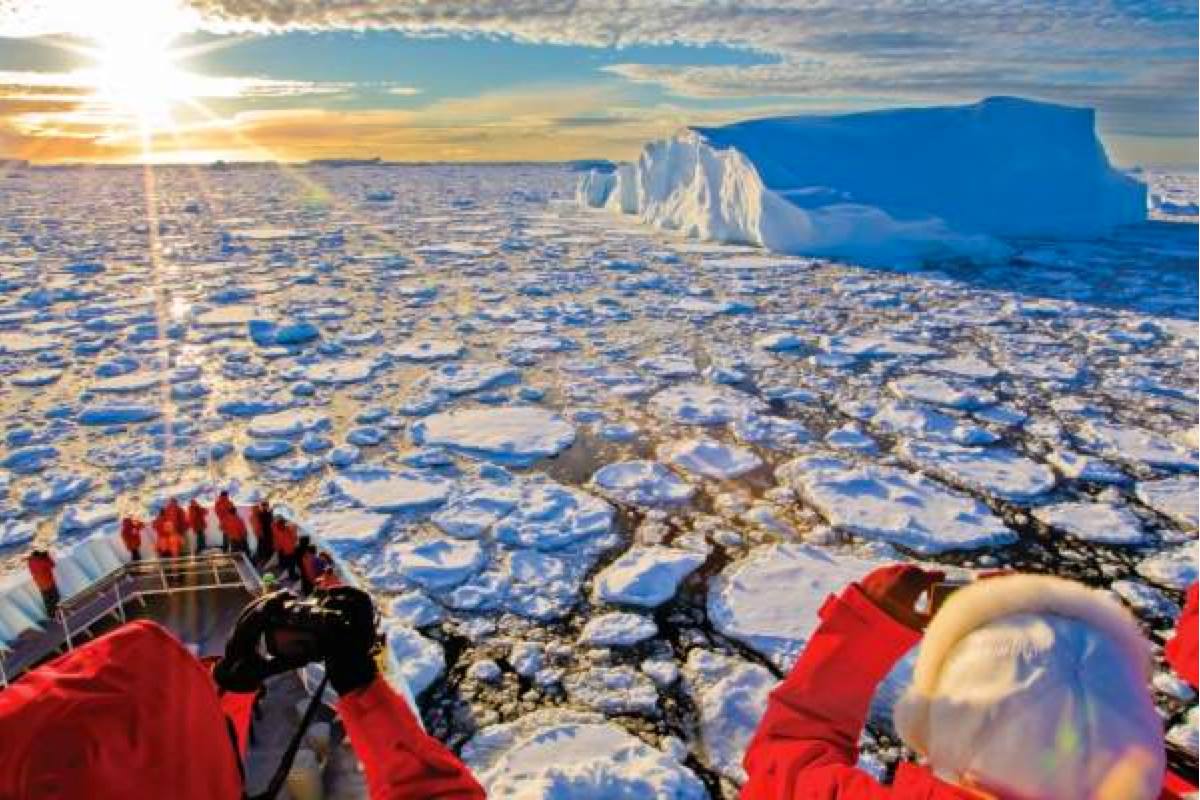 Visitors who travel to Antarctica with Southern Explorations have a choice of several categories of vessels: Adventure, Expedition, Icebreaker and Luxury Expedition. These ship types vary in amenities, comfort, activities, passenger capacity and cost. Contact us to find the vessel that works best for you.

Why Would You Vote For Us?
Is It Safe to Travel to Latin America?
The Weird Thing About History
The Best Souvenir You Can Bring Back from South America
Isn't This Supposed to Be Your Year?
New Nazca Lines?
Read All