info@southernexplorations.com
back to previous page
07/24/2019 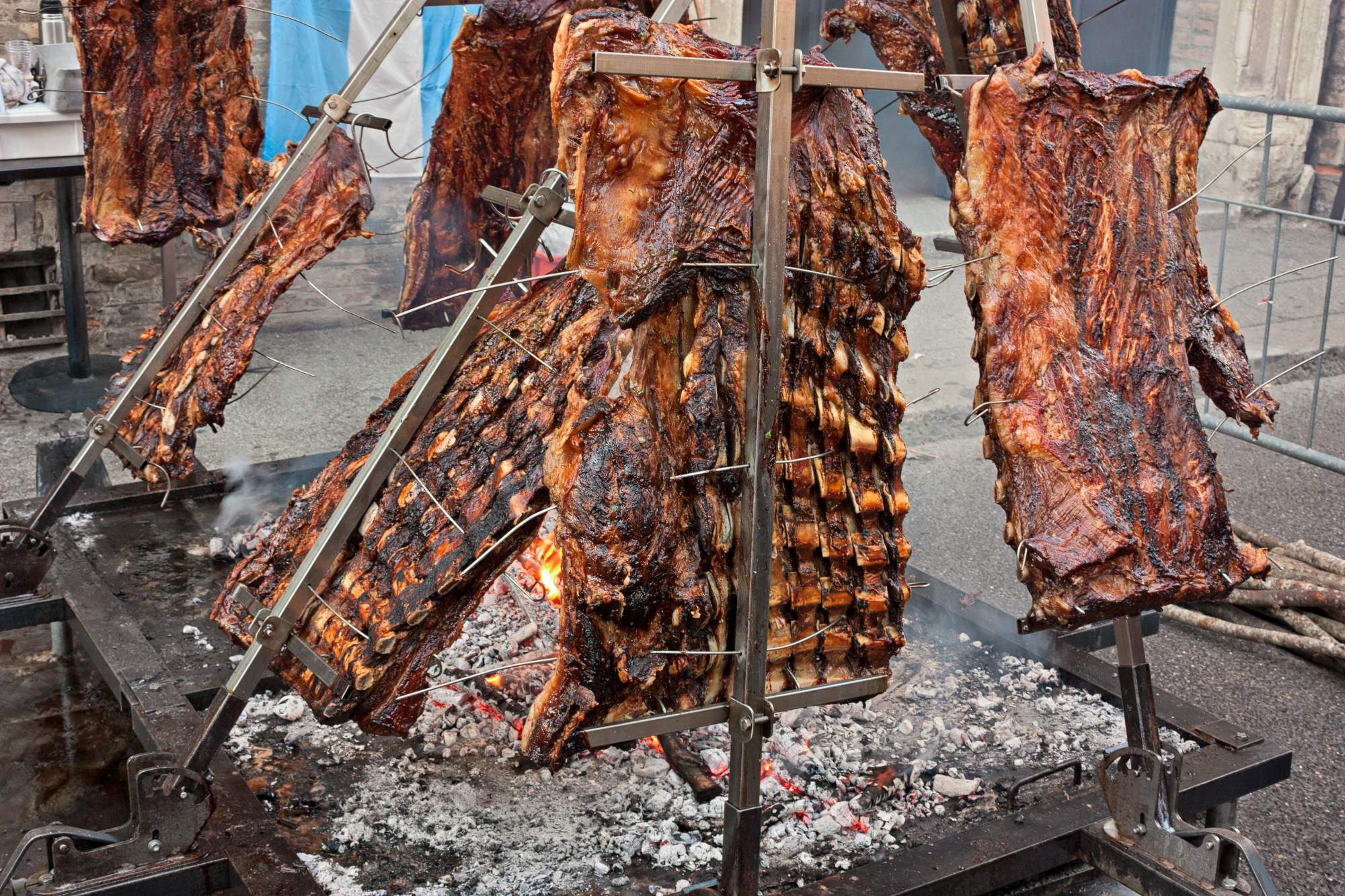 One of the best ways to immerse yourself in a country or a culture is through its food, and Argentina is no exception. This South American country has a rich and varied cuisine that reflects its multicultural roots. Here are ten foods and drinks to try when you’re in Argentina to make sure you’re savoring the best they have to offer.

Argentina is known as cattle country for a reason – its beef is world class and well worth ordering. Cattle were first brought to Argentina by the Spanish and have flourished here, thanks to fertile land and a culture that values the meat. Argentinians are the second highest consumers of beef in the world. Asados (barbecues) are a popular pastime and cooking style in Argentina. If you’re a meat eater, try some of their grilled meat (a la parilla) or ask for a beef empanada.

Empanadas are a delicious delicacy that everyone needs to try. Empanada basically means “wrapped in bread.” Filled with any number of delicious savory fillings, empanadas are popular all throughout Central and South America, but each country carries its own traditional recipes and flavor combinations. Argentine empanadas come either fried (Tucuman style) or baked (Salta style) and use a pastry or filo dough made from wheat flour for the crust (other countries use a corn masa or dough instead of wheat.) Argentina’s most traditional empanadas are made with ground beef and a combination of spices, plus additional ingredients like raisins, olives and possibly hard-boiled egg. When you buy an empanada, you’ll notice that the crust/pie shape varies depending on the filling to help you tell them apart. Other flavor combinations are sweet corn and a white sauce, spinach, ham and cheese or chicken.

Choripan is a great street food for a quick snack or a late-night bite to eat. It’s basically a sausage sandwich, and literally named for it: chorizo is sausage and pan is bread leading us to choripan. It’s traditionally made with baguette style bread, sliced down the middle with a fresh, hot-off-the-grill sausage caught in the middle. Choripan is also popular at sports games and as an appetizer at an asado. Don't forget to top your choripan with a healthy serving of chimichurri (see below) or salsa criolla. 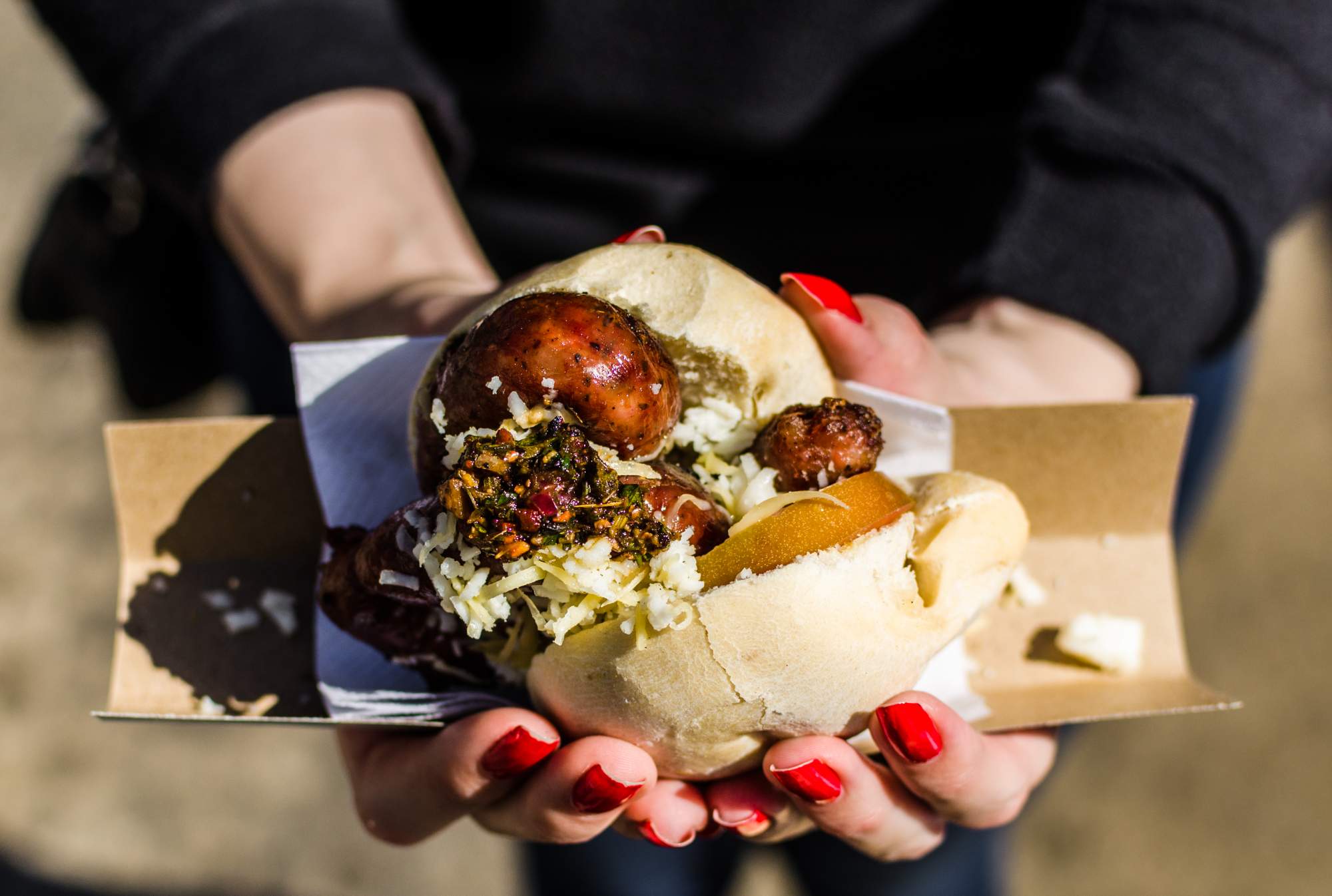 Chimichurri is gaining international fame as fresh green sauce for fish, meat and vegetables. Traditionally, the uncooked sauce is added to meat before cooking as a marinade, during cooking as part of a basting process, or as it rests before serving. Ingredients include finely chopped parsley and garlic, oregano, olive oil, red chili flakes and white or red wine vinegar. There’s also a red version of chimichurri that includes red peppers and tomato. The unique blend of spices is worth a try – and worth trying to make later at home!

Malbec and Other Red Wines

Known as the Land of Malbec, Argentina’s red wines are becoming more and more popular across the world. Malbec grapes first came to Argentina in the 19th century and have since become the country’s most planted wine grape, with more than 50,000 planted acres across the country, with the largest concentration in the Mendoza region. Argentine Malbec is characterized by a deep color and fruity flavors. It’s not as tannic as its French counterparts, but it has been shown to age just as well as its European cousins.

Thanks to a large Italian influence dating back to the early 1800s, Argentina has a well-established and delicious Italian food scene. Buenos Aires specifically is known for its Argentine-style pizzas, which are unique to the region. An Argentine pizza has a thick heavy dough, and for the most part must be loaded with cheese – all other toppings are secondary. Standard combinations to try are muza (a mozzarella style cheese), napolitana (with cheese, sliced tomatoes, garlic, dried oregano and green olives) or jamón y morrónes (ham, cheese and roasted red pepper). For something slightly different, try their pizza cachera, a cheese-less pizza slathered in a tomato sauce, often sold at sporting events.

Also thanks to the Italian influence – and a large supply of dairy, thanks to the beef industry -- Argentina boasts some great gelato options for after your meal or to cool you down on a hot day. Try some of their favorite flavors: dulce de leche, the caramel-like sauce Argentinians like to spread on toast, and the boozy sambayón, made with egg yolks, milk, cream, sugar, marsala wine and, occasionally, whisky.

All the range land that makes Argentina famous for cattle ranching means it’s the perfect place for raising sheep, too. Thanks to the expansive grazing space, Argentinian lamb (often raised in Patagonia) is generally less fatty than lamb from other countries. When travelling through Patagonia you'll find lamb cooking over an open fire supported by a steel contraption called the Argentine Cross. Try it served al asador: grilled or barbecued with fresh herbs, garlic and olive oil.

Found in the deep south of Argentina around Ushuaia, these huge spine-covered king crab (centolla) have a huge exoskeleton that hides a big helping of succulent meat. If you’re in the south where it’s a delicacy, the crab is worth ordering – they pull it straight out of the ocean the same day it shows up on your plate. If you see king crab on the menu elsewhere, like Buenos Aires, remember that it may have had to travel more than 1800 miles to get there.

Mate (mah-tay) is a type of tea that is perhaps as much a ritual as it is a beverage; it’s also the Argentinian national drink. The tea is made from the leaves of the highly caffeinated yerba mate plant and served in a gourd with a metal straw that also functions as a sieve for the plant matter. Share a gourd of it with friends as part of a social occasion; choose where you sit in the circle depending on how strong you want your sip to be. Your local guides will be happy to teach you the intricacies of this common social event. 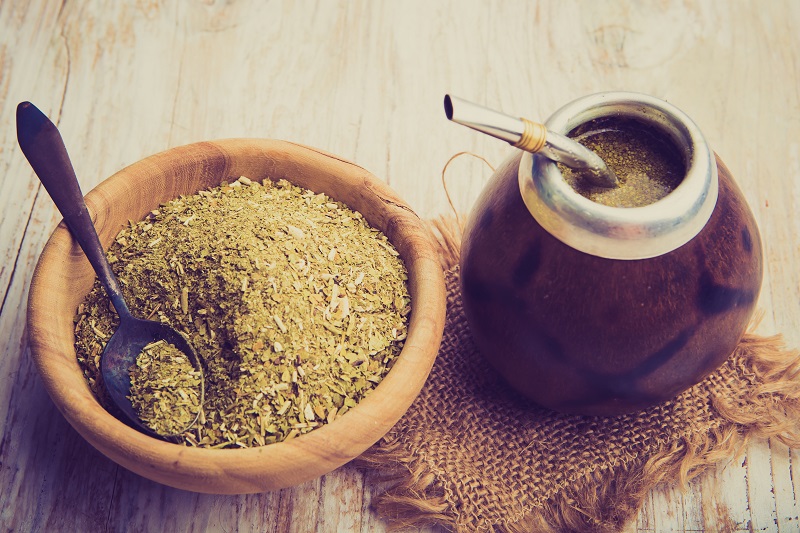 Ready for a unique foodie adventure in Argentina? Let Southern Explorations be your guide on your trip to Argentina! 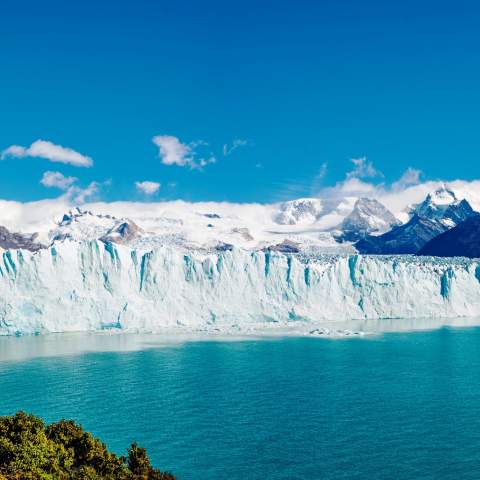