info@southernexplorations.com
back to previous page
09/27/2019 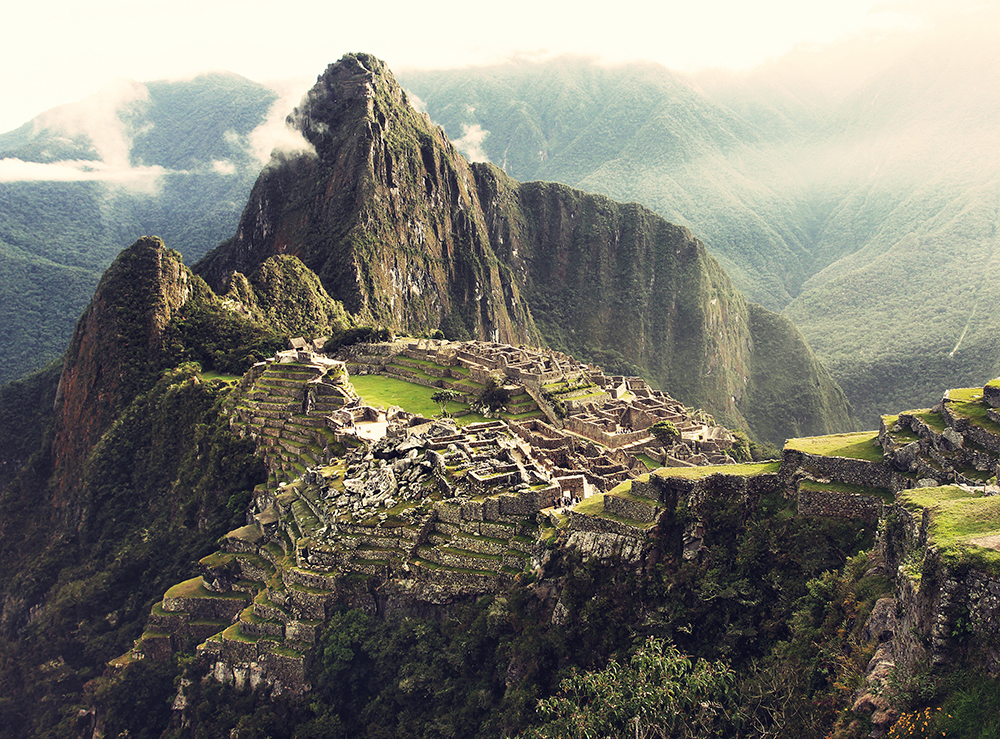 If you’ve done the hike up to Machu Picchu, you’ve no doubt stood there marveling at the UNESCO World Heritage Site while also asking yourself the question that begs to be asked: Why on earth did the Inca build their masterpiece all the way up here?

While our guides have an incredible amount of knowledge, they can’t know the unknown, so when guests asked us that very reasonable question, we’ve never been able to provide a truly satisfactory answer. That is, until now.

That’s because a new geoarchaeological analysis might finally provide the answer we’ve long been wondering about. The new research, presented on Monday, September 23 at the Geological Society of America’s annual general meeting in Phoenix, suggests the reason is likely related to the geological faults that lie beneath the site.

Presenting the findings, Rualdo Menegat, a geologist at Brazil's Federal University of Rio Grande do Sul, detailed how he used satellite imagery and field measurements to map out intersecting fractures and faults and found that the Inca built in locations where fault lines meet, likely in order to help with construction.

“Machu Picchu’s location is not a coincidence,” Menegat said in a press release. “The intense fracturing there predisposed the rocks to breaking along these same planes of weakness, which greatly reduced the energy needed to carve them. It would be impossible to build such a site in the high mountains if the substrate was not fractured.”

Or, as he put to Newsweek, he concluded that building Machu Picchu at that site was probably not an accident because “it seemed to me that no civilization could be established in the Andes without knowing the rocks and mountains of the region. Machu Picchu is not an isolated case of Inca survival strategy in the Andes.”

Menegat documented a dense web of fractures underneath the site. His complex mapping included everything from tiny fissures in individual boulders to faults of more than 100 miles long. What he found was at the intersection point of the two major fault orientations, in the shape on an X, lies Machu Picchu.

Which makes sense when you think about it. The faults would naturally produce chunks of rock that have already been cracked and broken into pieces, providing the Inca with the necessary materials to build such an incredible structure in such a hard to reach location.

And that’s not the only advantage to building along fault lines as they would have also provided the Inca with water as faults are a great way to channel rain water and ice melt into one location. In the case of heavy rains and flooding that often hit the region, being built directly over fault lines meant the site would also drain faster.

So did the Inca know about tectonic fault lines? The research would suggest that, at the very least, the Inca knew how to recognize fractured zones and knew that these fractured zones could stretch across long regions. It’s likely they would have come upon this knowledge because they relied on fractured zones to lead them to water.

"So consider a fault that starts from the top of a snowy mountain and extends down to 3,000 meters [around 9,450 feet] to reach the deep valleys. The melting of spring and summer fuels this fault and changes the amount of water that flows through it. Faults and aquifers are part of the water cycle in the Andean realm,” Menegat explained to Newsweek.

We also know the Inca were aware of faults because there’s a Quechua word for large fractures in the rock. That word is 'quijlo.' As linguists will tell you, when a culture has a specific word for something that isn’t necessarily found in other cultures and languages, then it usually means the thing that the word is defining is pretty important to the people who gave it a name.

So there you have it. For those of us fortunate enough to have already experienced Machu Picchu, we’ve finally got our answer. And for those still dreaming about that first time taking it all in, when you do finally get to that moment at the mountain top, you’ll be able to look out at the surrounding landscape and geography and fully appreciate the perfect placement of one of the world’s most incredible archaeological sites.

“Our trip was rather complex with three different sections. There were a number of internal flights as well as trains, boats, and more. I was very impressed that all of the transfers, activities, and connections occurred without a hitch. The whole trip went exceptionally smoothly. All of the guides were outstanding.”
Linda Tredupp - WI
Sacha Lodge, ELF Cruise & Experience Machu Picchu
See what other people are saying