info@southernexplorations.com
back to previous page
04/25/2019

Following his epic Patagonia adventure last year, our very own Sales and Operations Manager Eric Bartanen was back out there this past March, this time to Antarctica. We share with you today his dispatch from his adventure and remind you to follow us on Instagram to see pictures and stories from his wildlife packed adventure all next week!

I was on the 11-day Antarctica Peninsula cruise aboard One Ocean’s RCGS Resolute. This was the final departure of the season, which has been dubbed the Marine Mammal departure because the whales are all very active as they prepare to head north for breeding in warmer waters. The departure did not disappoint in terms of whales. We saw Orca, Humpback, Fin, Sei, and Antarctic Minke whales! One day, in the Drake Passage, our ship was surrounded by upwards of 100 Orcas, a truly incredible sight. However, the Humpbacks were the main attraction as they are the most numerous species of whale in these waters.

I was a little concerned I wouldn’t see many penguins as they’ve mostly gone to sea by the end of March but I was pleasantly surprised to see active colonies, albeit smaller, and many penguins in the water. For as clumsy as they appear on land they are sleek little torpedoes in the water and we would find them porpoising in the wake of Humpbacks catching the leftover krill. Other wildlife highlights included Weddel and Leopard seals, the great Wandering Albatross and its more common cousin, the Black-Browed Albatross. 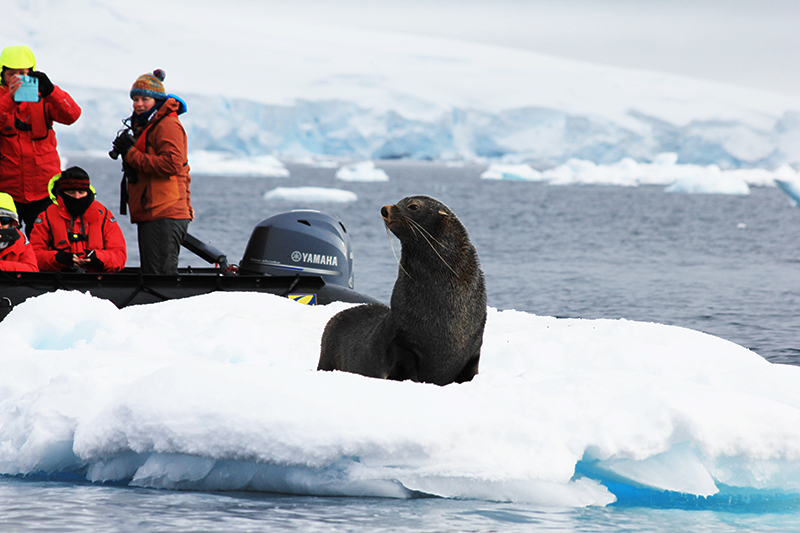 These wildlife sightings were made all the better by the incredible staff we had onboard. Not only are the guides incredibly knowledgeable, but this particular departure had a team of scientists onboard conducting whale research. These researchers would go out during our shore excursions and affix tracking beacons to the backs of resting Humpback whales, collect biopsy samples with a modified crossbow, fly drones over the whales to later measure their length and girth by counting the pixels, and place sound monitoring devices in the ocean to capture their communication. Each evening these scientists would show us photos and videos of their work and deliver a masterclass on whale biology.

The partnerships One Ocean has created with the scientific community adds a lot to the overall experience. We know less about the ocean then we do about space and we know more about certain species of dinosaurs then we do about certain species of whales, so offering these biologists access to this remote, wild place is a huge benefit to all of us.

During our time on the peninsula we were able to experience four excursions. The first day we visited Portal Point, our first step on the Antarctic continent. It was snowing hard which reduced visibility from the snowy hill we climbed but it felt right to be in the snow for our first day in Antarctica, to taste a bit of the wild weather. It also helps that we had nice weather for the rest of our excursions. 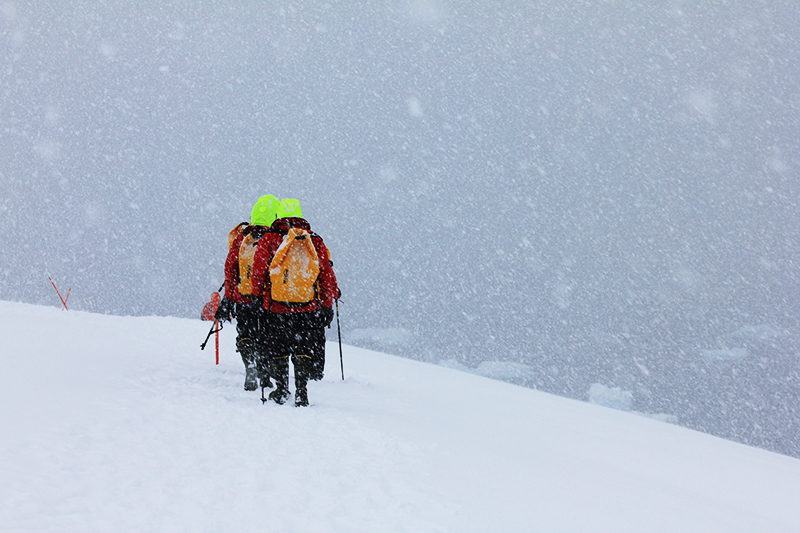 The next day we visited two research stations, the Ukrainian base called Vernadsky and the Argentine base called Almirante Brown. We were able to tour the Ukrainian base with one of the scientists and learn about some of their research and how they pass their days (research, gym, bar). We also visited the historic Wordie House, which was one of the first research stations built by the British in 1947. At all of these sites we were able to take short hikes to different viewpoints, observe Gentoo penguin and cormorant colonies, and watch the fur seals play.

Our final excursion was a zodiac cruise in Wilhelmina Bay, a well-known spot for humpback feeding. We boarded our zodiacs and could see whale spray in the distance with massive glaciers as the backdrop. We approached to a respectful distance then cut the engines and waited. Several whales came to within 15 feet of our boats, rolling, breaching and generally checking us out. They were close enough to see the barnacles on their bodies. We could see the white of their undersides disappear underneath our boats as they swam around and under us. Absolutely spectacular!

After returning from our Wilhelmina excursion we were informed that a storm was barreling down the Drake Passage and we would have to turn back, two days early. The weather charts showed a giant blob of 60+ knot winds coming from the Pacific and ready to pound the Drake Passage on the days of our originally scheduled crossing back to Ushuaia. The Captain made the tough call to return early so we wouldn’t be caught out in extremely rough seas. We mostly avoided the storm but the front hit us on our last night and we spent a rocky evening in 30 foot seas. We finished the tour by passing Cape Horn and giving the sole Naval attendant a wave and docking in the protected waters of the Beagle Channel in Ushuaia.
Submitted by Zach on Thu, 04/25/2019 - 2:39pm 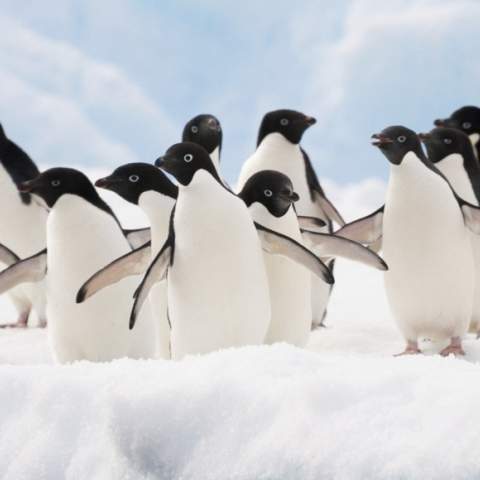 “We had a wonderful time and think Southern Explorations does a great job putting together these trips. We will definitely call you again in the future and will recommend you to any of our friends who might be interested in visiting South America.”
Sam & Susan Friedman -
Machu Picchu & Lake Titicaca, Peru
See what other people are saying