info@southernexplorations.com
back to previous page
09/29/2017 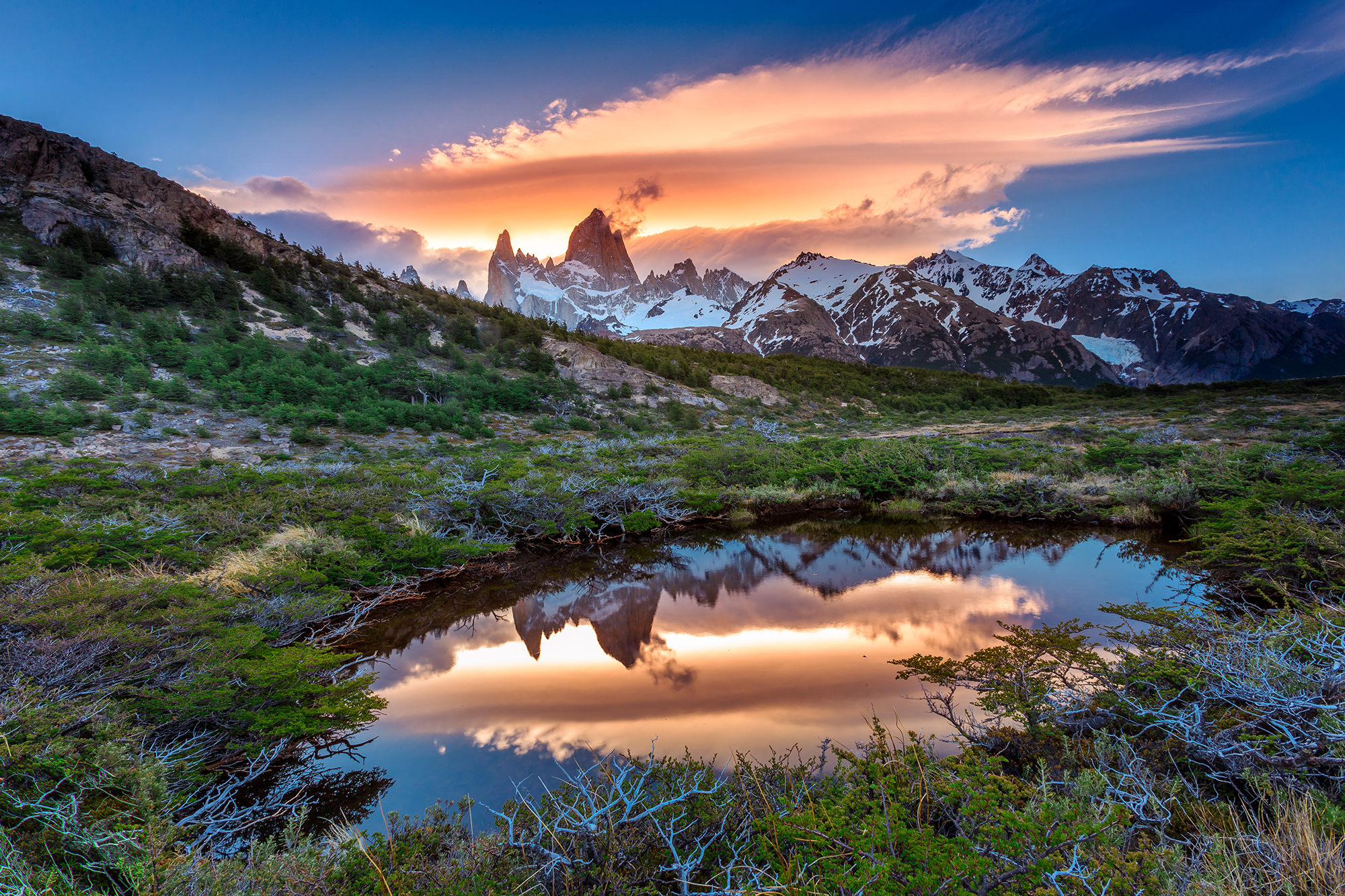 Chile – like many destinations that have a rich and diverse history of people and cultures – has copious myths and legends to explain its creation and the origins of the unearthly collection of natural attractions and extreme environments found throughout the country.

As one Chilean legend tells it, when the Earth was created, there was a little bit of everything – some mountains, some lakes, some rivers, a few glaciers and volcanoes, an eclectic assortment of flora and fauna – left over.

The extra bits, at least according to the friendly locals you might find yourself sharing a drink with one evening as you explore their gorgeous country, were all tossed to the ocean off South America’s Pacific Coast, creating the diverse strip of land that we now call Chile.

Check out our list of some of our favorite Chile facts, myths and legends and gain a greater appreciation for just how eclectic this awe-inspiring destination really is.

Laguna del Inca – Legend has it that the spirit of the Inca, Illi Yunqui, calls out across the clear blue waters of Laguna del Inca, haunting the place where he laid the soul of his love, Princess Kora-Illé, who fell to her death from a cliff’s edge at a royal banquet. Illi Yunqui felt this awe-inspiring lake was the only final resting place worthy of his soulmate. It is said that Princess Kora-Illé’s beautiful emerald-colored eyes tinted the lake its legendary color.

Rapa Nui – When it comes to mystery and legend, there’s simply no beating Easter Island. The island’s massive moai statues, which represent deified ancestors, have given the isolated island its mystical allure for generations. But they aren’t all that carries a mystical sense with them on the island. From the Tangata manu (Birdman cult) to the Aku-aku guardians of the sacred family caves, every part of Rapa Nui is infused with a sense of magic.

Desierto Florido – Is there any phenomenon that feels more magical than a the driest non-polar place on Earth suddenly breaking into full bloom of more than 200 species of flowers, coloring the desert in vibrant hues of purple, pink, green, whites, and yellow? The Atacama Desert typically receives about half-an-inch of rain per year, but in years when rainfall is unusually high the desert explodes into an unbelievable floral mosaic.

Chiloé – This island off the coast of Chile’s Lake District is known for its folklore. Many a rainy winter night is passed with the old tradition of sitting around a fireplace and recounting the stories and beliefs that make up the local mythology. One of the most popular is the story of La Pincoya, the beautiful mermaid who was born in Lake Huelde and fertilizes the fish and shellfish. As the local fisherman tell it, when La Pincoya appears on the beach with her arms open and facing the water it signals a bountiful harvest, while if she dances with her attention to the shore it signals tougher times ahead.

The Longest Country on Earth? – Chile claims to be the longest country in the world, stretching more than 2,670 miles from north to south, crossing through at least seven major climate areas. They include: deserts, alpine tundra (aka mountains), oceanic climates, Mediterranean climates, glaciers, and subtropical humid climates. While there remains some debate as to whether Chile is in-fact longer than other long north-south countries like Brazil, Russia, Canada, and the U.S. (depending on how and where you measure it), many Chileans will proudly tell you the debate has long been settled and they are the winners.

The etymology of ‘Chile’ – There are multiple theories about where Chile got its name. The 17th-century Spanish chronicler Diego de Rosales claimed the Incas called the valley of Aconagua “Chili” as a corruption of the name of a tribal chief named Tili. Other theories suggest the name derives from a word that means some variation of the “ends of the Earth” or “cold.” The Mapuche word chilli may mean “where the land ends” or the Quechua words chiri, which means cold, or tchili, which means either “snow” or “the deepest point of the Earth.”

Rightfully, the possibilities for how this country got its name are as diverse as the legendary sprinkled left-overs of geography that make it the remarkable adventure destination we know it as today.
Submitted by Zach on Fri, 09/29/2017 - 3:01pm

“We had a wonderful time and think Southern Explorations does a great job putting together these trips. We will definitely call you again in the future and will recommend you to any of our friends who might be interested in visiting South America.”
Sam & Susan Friedman -
Machu Picchu & Lake Titicaca, Peru
See what other people are saying