info@southernexplorations.com
back to previous page
01/11/2019

The history of Costa Rica is truly unique in South America and Central America. We think that makes it one of the most compelling Southern Explorations destinations for you to consider.

You see, it all starts in Pre-Columbian times, of course, as the foundation of individuality always goes back to the beginning. The first of Costa Rica’s nomadic hunter-gatherer groups arrived in the country some 10,000 to 7,000 years BC when megafauna like the massive ground sloths and mastodons, or giant armadillos roamed the region and provided a main source of food. As these behemoths of ancient times went extinct, the people adapted to hunt smaller animals as evolution in the rainforest favors the small, a tendency still evident in the half-a-million species that make Costa Rica one of the most biodiverse countries in the world today.

At that time, the people living in the region were part of a cultural complex known as the “Intermediate Area” that fell between the sweeping and seemingly inescapable Mesoamerican and Andean cultural region that defined so much of the Latin America world. So, from its earliest days Costa Rica was on its own path.

Christopher Columbus’s arrival on the eastern coast of Costa Rica on his fourth voyage brought nothing good for the indigenous people. The European encounter came with doom in the form of infectious diseases like measles and small pox, essentially wiping out the population. War, reprisals, relocation, and brutal exploitation would all contribute to the annihilation as well. As a result, unlike so many other places across South America and Central America, Costa Rican settlers weren’t able to rely on slave labor to build their fortunes. They had to work their own land instead.

This, in turn, meant there were no large haciendas, the kind typical of so many other Latin American colonial experiences. Without the huge profit-turning haciendas, coupled with Costa Rica’s general isolation from the Spanish colonial centers in Mexico and the Andes to begin with, Costa Rica was largely left to develop its own way of life and society, independent of the heaviest European influences through those first colonial centuries.

When the Mexican revolution ousted Emperor Agustin de Iturbide in 1823, Costa Rica was among the regions the new Mexican congress allowed to decide their own fate. An era of peaceful democracy was established in the region by the 1870s as Costa Rica sidestepped much of the violence that afflicted so much of Central America, including a run of 16 successive peaceful presidential elections, with the most recent coming in 2018. 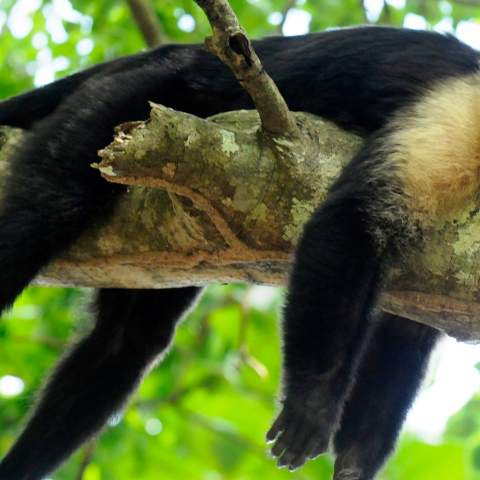 “Our trip was rather complex with three different sections. There were a number of internal flights as well as trains, boats, and more. I was very impressed that all of the transfers, activities, and connections occurred without a hitch. The whole trip went exceptionally smoothly. All of the guides were outstanding.”
Linda Tredupp - WI
Sacha Lodge, ELF Cruise & Experience Machu Picchu
See what other people are saying